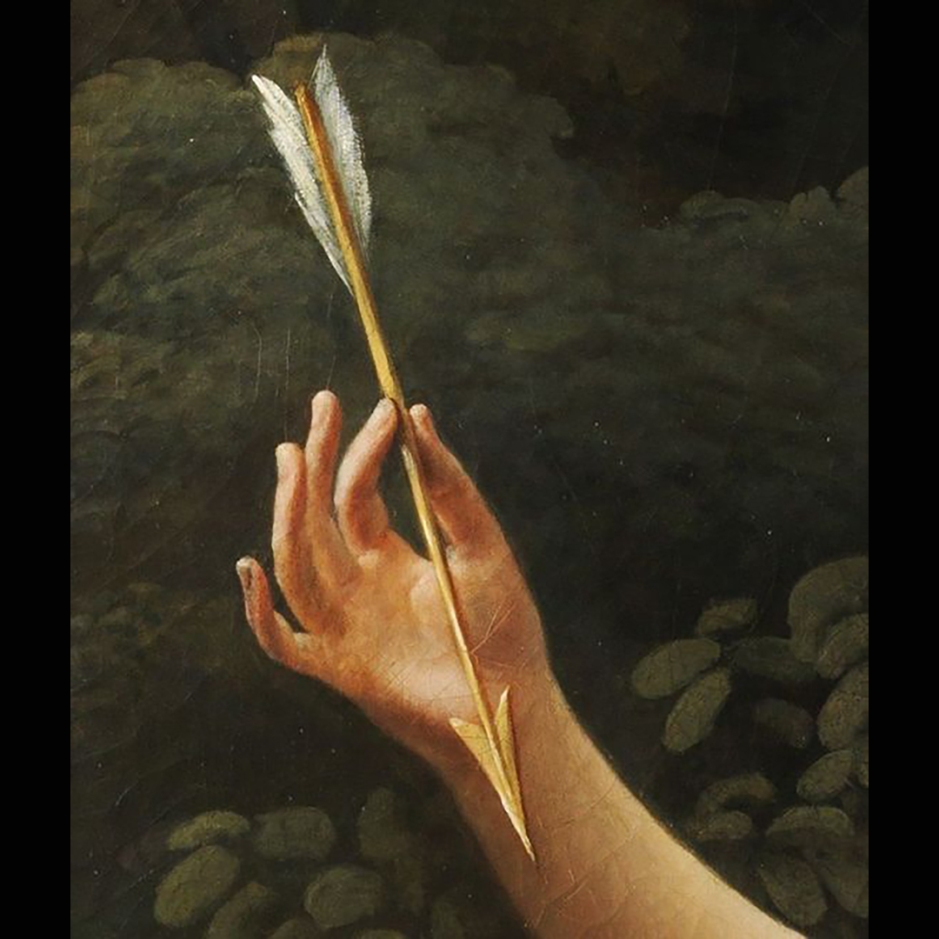 A Full Moon eclipse crowns the last day of November, dazzling in Gemini before the start of December.

Gemini sparkles with reflection of thought. The flint of the fire, and all we’ve been taught.  Sparkling and glittering for centuries back- sensing a freedom and enlarging the crack, so more creativity can leak in, and keep us on track.

The archer pulls back the string of his bow.  The arrow in flight shows the way life likes to grow.

From his book, The Phenomenon of Man, Teilhard de Chardin says this of Man’s true place in evolution: “Man is not the center of the universe as we once thought in our simplicity, but something much more wonderful- the arrow pointing the way to the final unification of the world in terms of life.  Man alone constitutes the last-born, the freshest, the most complicated, the most subtle of all the successive layers of life.”

Sagittarius, the Season we are in right now, is that very arrow.  The life of life itself, and it’s direction of growth.

With love, the future sets us free!  The distant future, and the one of immediacy.  In a world where nothing is static- the question does become, in which direction are you moving, and from where have you come?  This is a question that can be asked at any given moment.

Sagittarius Season is bubbling with an effervescense, spreading with delightful incandescense, to remind us of our truest essence.  Outward on streets, lights spring up as expected, inward a fire glows warm with direction.

Mercury will be in the deepest degrees of Scorpio on Monday, for the Gemini Full Moon eclipse.  Gemini rules the hands.  Teilhard de Chardin says that our arms became free, so we could hold our hands to our face, with narrower eyes, we could percieve what we hold in front of us- and thus, reflective thought was born.  He says “Man came silently into this world”.

The next day, as December begins, the trickster goes into Sagittarius, with a growing confidence.  The trickster realizes he holds the keys, his hands are free, like the sky and the sea.

Venus, the love goddess stirs in Scorpio.  She overhears the trickster’s epiphany, and creates a stormy, passionate symphony.  Seeing her gifts of art and love, as the fire that holds everything together from above.  She breathes in the sweetness of a vibrant red rose, from her delicate hands, the whole world she does hold.

Mars moving onward in Aries in an epic voyage that’s lasted half a year!  His lovers tune seducing his soul, freeing his vibrations to a place that is bold.  As Robert Frost said, “Freedom lies in being bold.”

Jupiter moving away from Pluto and into a tighter conjunction with Saturn, in Capricorn, in tension with Aries’ fire.  The strategy of caution serving hope in a most noble of ways.  We’ve learned so much in these past few hundred days.

Uranus in Taurus- the evolution of nature, becoming more natural, to reflect on

Neptune in Pisces- the dream in the Seasonal archer’s heart- As Ralph Waldo Emerson said “we aim above the mark to hit the mark.”

The Moon as mentioned will be Full in Gemini at the beginning of the week, the sign of the hands, Aristotle’s “tool of tools”.  Evidence of Sagittarian spirit shimmer in the stone carvings of the ancient world, at the skill of ancient hands.

Full Moons are nights of illumination.

“I look at my own body With eyes no longer blind-

And see that my own hands

The world that’s in my mind.”

In the later hours of Tuesday night she wanes gibbous in Cancer, her true habitat of Moon.  Bears are beginnng to head to their caves, light is dwindling in the days.  In the flourescence of the Horse’s Season, a Cancer Moon is a perfect reason, to find some Hooga with dimmed down lights.  Store some power in the soul’s delight!

Friday, Saturday and most of Sunday host a Leo Moon, and the atmosphere is full of fire.  The fire of expression!  The radiant life of love.  In our upward flight that moves to the right, who can push aside this Eternal delight.  As Venus comes into trine with all encompassing Neptune, echoes of the Four Tops ring out into the ether- Reach out..

By Sunday afternoon, a Virgo Moon wanes on- in the spirit of learning, and the ever-in-motion weaving of the imagination with experience.

In which direction are you going, and where are you coming from?

Contemplate, on this Virgo Moon.

Remind yourself of just how great

is this ability to contemplate

to draw something close and then

set your eyes on the distance

to feel evolution at work

in your very existence!

Into the umbra of the umbra we go, as the Season progresses in Scorpio.  Passions run hot as fiery stars as Pluto squares both Venus and Mars.  Pluto, Scorpio’s planet, on the outer bounds of our solar system, lives in the shadows as books won’t even list him.  His other location is so deep down inside, that integrity crumbles if he’s too long denied.  He is the pre-life of life and it’s regeneration, the wakeful hum of a lively vibration.

Venus and Mars traveling as true opposites now, in their native signs of Libra and Aries.  In their polarity, they evoke a fight for peace.  Venus paints a concept of rest, and fairness, in the sweeps of the horizon for all to see and behold.  Mars reddens the blood with instinct to take risks and go forth in the name of what was beheld in that horizon.  Passions are unleashed.  Unhinged.

Galileo Galilei called Passion “the genesis of genius”.  Voltaire said it was “the winds which fill the sails of the vessel”.  Van Gogh said that he “would rather die of passion than of boredom.”

Van Gogh’s passion burned bright, as a painter and seer, but it also propelled him to cut of his ear!  For balance in times of a passionate season, its good to make room for the role of reason!

Benjamin Franklin said “If passion drives you, let reason hold the reins.”  Spirited Jupiter and rule-abiding Saturn join Pluto in Capricorn’s pragmatic gift of reason.  This is the sign that knows how to steer, making sure that our passions don’t lopsidedly veer.  With reason on our side, passion maintains its stride.  As Emerson said “passion though a bad regulator, is a powerful spring.”

The trickster of mind, Mercury, moves into the Seasonal vortex of Scorpio on Tuesday after a heady trek in Libra.  Seeing now is more infrared-based, like the night vision of cats.  We steer with poise and mysterious confidence.

Uranus in real and texturized Taurus, the Aquarian Age will not be trivialized.

Neptune in Pisces trines our Seasonal Sun, the heart of the dreamer in everyone, the pre-life of life and its regeneration.

The Moon begins the week in Virgo, waning crescent with maturity.  Her spirit of improvement channeling the fires of passion into an avenue of strategy.  A moonlit path for her bare feet to touch.

By Wednesday she wanes slighter in Libra, tipping the scales of passion towards the scales itself, that world of otherness.  More you less me, but in you I see, me in ways I could not before see!  As Rimbaud said “I is another.”

By Friday midday, she wanes on into Scorpio, where she will vanish as New in the earliest hours of Sunday morning.  As the tides rise she deepens into her treasured abyss.  The umbra of the umbra, the prelife of life and its regeneration.  The stardust that makes the life of a nation.  Who’s passions collide like the stars in the sky, the same stars that a captain must fix his eye.

The very next day Mars at last moves direct- full speed ahead and all hands on deck!

The Moon will wax crescent in Sagittarius by midday Sunday.  The thinnest smile in the sky hinting at the power of optimism.  A sturdy optimism, pragmatically wed, between passion and reason, the heart and the head.

“The Toroidal Zodiac; Beyond the Wheel” is now available in paperback and ebook on Amazon!’