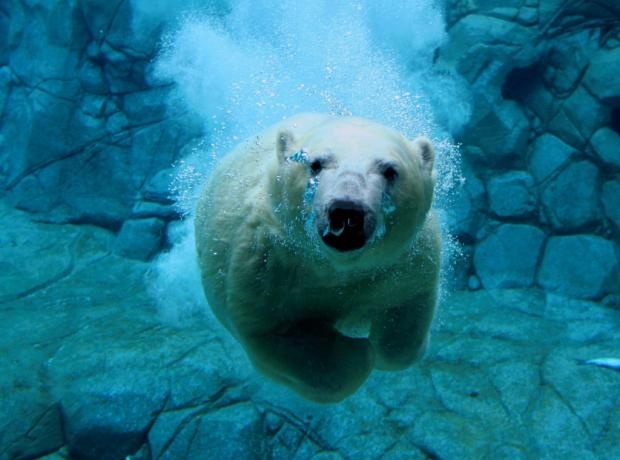 Have  you ever been told to follow your North Star?  It is such a comfort to think that there could be one.  One that directs your internal compass when you have lost your way.  It’s interesting to note that the placement of the north star within the zodiac is at 0 degrees Cancer (plus or minus 2 degrees) which is the sign of the Moon.

We all know that compasses point North due to a magnetic pull created by the Earth’s magnetic field.

Can we look to our Moons in our natal charts to better understand our individual lodestars?  And what in us is moving toward this lodestar? 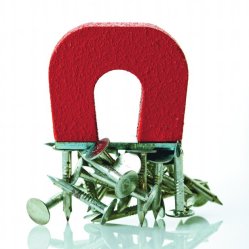 The lodestone (a naturally magnetized iron ore) composes the needle of this compass so it will always point north.  Iron nails are attracted to the magnet.

Could it be the iron in our blood that knows true north?  Is the thing that makes our blood red the same thing that keeps us on track?

If we are now talking about iron and the color red then clearly we are in another astrological terrain- Mars.

But I don’t want to get away from the Moon and the North Pole either.  So here is a figure who seems to embody all of these themes.

Mary comes from the word mar, as in maritime or marine.  Magdalene bears a strong similarity to the word magnet.  So here we have a mysterious notion of a magnetic sea.  Or similarly, a Mars-like (magnetic) Moon (the sea, the tides). 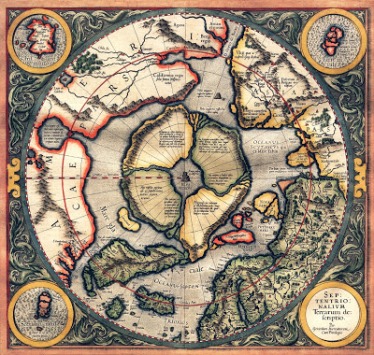 This is a map of the Arctic as prepared in 1569 by Gerardus Mercator, a Belgian cartographer and explorer.  At the center of the map is a mountain, said to be positioned at the North Pole.  This mountain is know as Mount Meru, the magnetic mountain.

Mount Meru is know to be the “center of the universe” in both Buddhist and Hindu cosmologies.  It is comparable to Mount Olympus of Greek mythology in that it was the home to the Gods.

The mountain is said to be surrounded by the “indrawing seas” as depicted above by the four rivers and this supposedly creates a whirlpool effect.

It’s hard not to notice the similarity of the image of a whirlpool and that of the symbol for Cancer, the zodiac sign associated with the Moon.

Above are artistic celebrations of Mt Meru.  Borobudur (left) is a Buddhist temple in Indonesia.  The other two pictures depict a Maha Meru, a Hindu symbol that is a 3D projection of a Sri Yantra (a mystical diagram involving nine interlocking triangles). 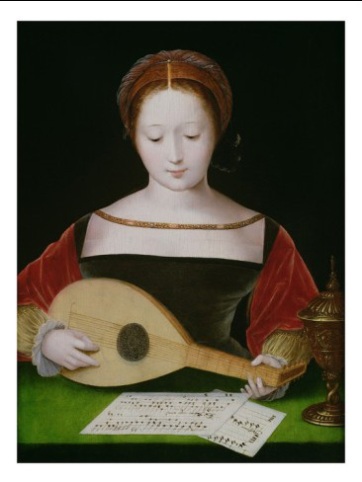 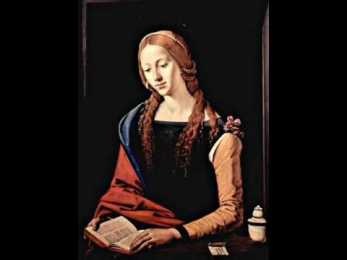 Magdalene’s “alabaster jar” that is nearly always pictured with her bears a striking similarity to the Mt Meru symbols.

Mount Meru is said to be the navel of the world.

It’s interesting to think of what our navels used to do for us.

These days we don’t give too much thought to our belly buttons.

In closing, next time you get a gut feeling, consider that it might be your infinitely mysterious magnetic inner Mount Meru/Magdalene calling!