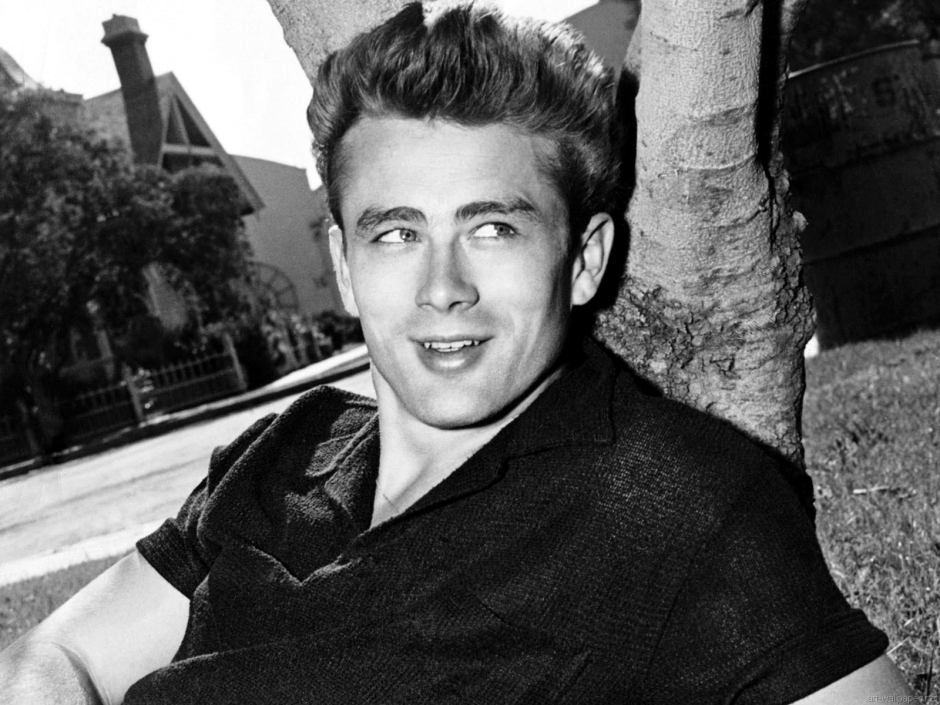 James Dean, the epitome of cool.  Let’s have a look at some key components that carve out this coolness, shall we?

#1.  You never know what he’s going to do. Dean has Uranus tightly conjunct his Ascendant, fusing his identity (Ascendant) with a rebellious and contrarian spirit (Uranus).  He’s just DIFFERENT (Uranus again) than the other actors of his time- or anytime!  Watching him brings about an awareness of a wild unpredictability (Uranus).  I remember seeing a scene from “East of Eden” (my favorite of his 3 movies) where James Dean and the other actor are in a locker room discussing the lucrative prospective of growing beans.  The one actor is very focused on what he is saying, meanwhile Dean is kind of hopping all around the locker room, climbing up on benches and down again and at times zeroing in close on the other actor’s personal space.  At one of these invasively close moments the other actor exclaims (in a very natural reactive way) “don’t get so close I’ll get all hot again!”.  I would put good money down saying that that line is NOT in the script.  I could be wrong but I doubt it. The point being that Dean doesn’t care.  He doesn’t care if he is making the other actor uncomfortable, or jeopardizing the script, or coming across a little looney.  He is being natural to his own whims, like a child, without being irritating (maybe a little bit to that actor).

#2.  He knows his influences. Before Dean was famous he was writing letters upon letters to Marlon Brando.  He was enchanted by Brando in every way.  Brando rode a motorcycle so Dean rode a motorcycle.  Brando dressed in jeans and white T-shirts so Dean dressed in jeans and white T-shirts.  Brando played the bongos so Dean played the bongos.  The emulating got to be so much that Brando wrote HIM a letter saying “You have to be YOU, not ME”. But Dean knew that what Brando was doing was starting a new wave in human culture (Brando is a double Aries, a pioneer).  James Dean has an Aquarius Sun in the eleventh, which is the house naturally associated with Aquarius.  Aquarius seeks to identify itself by challenging the status quo, and seeking other like-minded people.  The eleventh is the field of life where those like-minded relationships take place.  It’s interesting to wonder if there would have been a James Dean had there been no Brando.

#3.  He shows his vulnerable side. As stated in a previous post “The Crying Game: Water planets and the comfortability in expressing emotion” James Dean has his Moon in deep and mysterious feeling-oriented Scorpio.  When he cries, the audience FEELS it.  It’s REAL. The beginning of “Rebel Without A Cause” features Dean falling down drunk on the street next to a wind-up toy monkey.  As the credits roll, he plays around with the monkey and it quickly becomes a deep emotional connection between the two of them.  The monkey amuses him with it’s wind-up talents and then Dean tucks him in with a ratty newspaper “blanket” and a party ribbon trash thing for a pillow.  He makes sure the monkey is comfortable and then he snuggles up as close to it as he can get.  The sweetness comes across SO genuine!  It’s the first 5 seconds of the movie and he’s already won our hearts!!  And yes, he improvised the whole bit, as the cast and crew stared on with admiration.

#4.  He shows a strong sense of personal authority. Astrologer Caroline Casey, author of “Making the Gods Work for You” (get it get!!) talks about how the word “cool” is derived from the Yoruba word which originally meant “responsible”.  “Cool-headed” meant that that person took care of what he should.  Like Babe Ruth with his leaf of cabbage under his ball cap.  Keeping cool-headed so he can hit the home runs.  This is Saturn talk. Saturn is authority, which starts with inner authority.  Self composure, steadiness, a sureness in what you say and do.  James Dean has a very powerful Saturn in the 10th house of career (the house naturally associated with Saturn).  It is in Capricorn (the SIGN naturally associated with Saturn) and it is opposed (bringing in a full awareness of) the powers of Pluto.  Anything Pluto touches in empowered, or it is wounded UNTIL it is empowered. 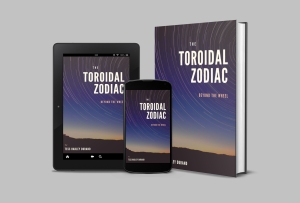 “The Toroidal Zodiac; Beyond the Wheel” is now available in paperback and ebook on Amazon!’