Many astrologers will equate the Sun with consciousness and the Moon with unconsciousness.  The waking hours of daylight (consciousness) bring us out of our dreamlike state (unconsciousness).  It is pretty impossible to argue that obvious symbolism, it speaks loudly and clearly. The thing that doesn’t sit right with me personally is when the Sun is therefore associated with the ego, i.e. the center of consciousness, and further more the Moon just cast out into her own sea of irrational emotions. There seems to be so much more going on here…

Let’s start with looking at the days of the week that these two represent.  Sunday for the Sun, and Monday for the Moon.  There certainly is a big difference between these two days for most of us.

Some go to church while others may indulge in a mimosa. The principle is similar though, taking a break from busy life to honor yourself.

On a Sunday we generally are doing what we want to do and enjoying ourselves.  In latin, the word for Sun is sol, and in french soleil, thus we have a connection with the word soul, and the other “s” word spirit.  Spirit is associated with breath, as in respire. The Sun rules the heart in the body which is intimately connected with the lungs.  And in nature, fire (Sun) needs air to grow.  Sundays are the time for us to reconnect to spirit, to tune back into ourselves and let the world pass us by a bit.

Quite a contrast from the general associations with Monday. Scrape yourself out of bed and get back to work, back to busy life.

Monday not by accident sounds similar to the word MUNDANE, defined by the dictionary as “of this earthly world rather than a heavenly or spiritual one.”  This derives from the latin word mundus, meaning “world”.  The french call the world “monde”.  The moon brings in an earthly element.  Monotonous mundane Mondays where we tend to earthly matters.  We go to work to make money, another Moon sounding word.  In fact, the words for ‘silver’ (the element associated with the Moon) and ‘money’ are the same in fourteen languages or more.

Silver is the metal associated with the Moon and gold is for the Sun.  Let’s look closer at the properties of these metals.

All that glitters ain’t GOLD!

The elemental symbol for gold is Au, derived from the old Latin name for gold, aurum, which means “shining dawn” or “glow of sunrise”.  Gold is the most malleable and ductile metal of all.  Malleable as in it can be pounded out into the thinnest piece of paper, and ductile meaning it retains it’s strength.  Webster’s definition for ductile is “able to be deformed without losing toughness; pliable, not brittle.”  So with gold comes immense flexibility without sacrificing it’s strength.  Because of its resistance to heat and acid it’s also a symbol for immutability.  Sounds a lot like an allegory to the heart and it’s capacity to love again after hardship and inevitable changes.

As the Neil Young song goes.. 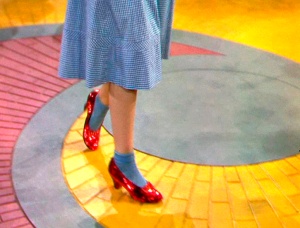 Gold is the only metal that is yellow or “golden”. Other metals may appear yellow, but it’s just because they have oxidized or reacted with other chemicals. Follow the yellow brick road, a.k.a follow your heart?

Silver’s elemental symbol is Ag, derived from the latin argentum which means “grey” or “shining one”.  Silver is the most reflective metal of them all.  What other metal could better represent Mother Moon who’s main function is to REFLECT the light of the Sun.  Carl Jung talks about how the ideal job of the ego is to reflect that nature of the Self (the radiant totality of our beings that dwells in the unconscious).  This is why I can’t get cozy with the idea of the Sun being the ego.  It seems to me that ego is more in the realm of the Moon.  We can reflect our own Selves, as well as the Selves of others.

Who the heck is that Groucho??

Children seek reflection in the mothers (Moon) in order to learn certain rules of conduct to get along in the world (Moon).

Another interesting fact about silver is that it conducts electricity better than any other element.  There are some theories out there these days of us living in an electric universe, with the Sun being a giant force of electric energy.  What if the Moon not only reflects the Sun but also conducts it’s energy toward Earth?  I am no scientist– just a fun idea.

There’s  nothing mundane about mysteries!

So if the Moon is all matter and the Sun is the “spark” of spirit, what would one look like without the other?

Without Moon’s matter, the Sun’s spirituous light would have nothing to land on and illuminate.

Without the Sun’s spark we have this

Aside from the Sun, we don’t see much fire in nature.  The spirit remains hidden.  We can’t look at the Sun too long without burning our eyes.  We can only look at it reflected in EVERYTHING around us.  Perhaps this is why things like fireworks are so mesmerizing.  They fill our hearts (Sun) with a joyous feeling (most of us!). 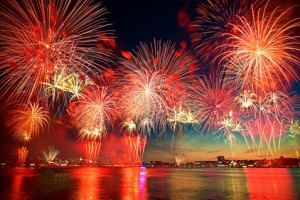 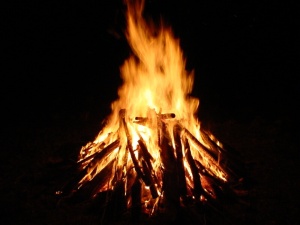 Warmth on our bodies and warmth in our hearts

Light finds it’s way out of our bodies through our eyes. Think about how much more they shine when they are in love (the heart, i.e. the Sun)

So to bring this all back home, literally let’s go to mom and dad.  When reading a chart I find that an excellent beginning is to discuss the client’s parents with regards to the Sun as the father and the Moon as the mother.  Ultimately these perceptions are deeply infused into who we are, and getting at these routes can be enormously helpful.  If for example someone has a Sun that is squared with Uranus, we would be looking for what in the father has a challenging Uranian element.  Issues of emotional detachment or mental superiority perhaps.  Or strangeness, not fitting in somehow.. these are all shades of a challenged Uranus.  The first step is to have the client see it in the parents, the second step see how they’ve integrated that into themselves.  Or how about Moon conjunct Saturn.  How is the mother an authority somehow or how might she be restrained?  Or how is she the symbol of hard work and perseverance?  Have you set that bar too high for yourself?  It can really open up a well of dialogue.  We can’t escape our beginnings and we certainly can’t dwell in them, but they can teach us a ton.

At their core, this is Mom and Dad. The spark and the world.