On Saturday, March 20th, at 5:37 am, the Sun will move into Aries, commencing the vernal equinox, the long-awaited first day of spring.

Buckminster Fuller said, “I seem to be a verb.”

There is some very verdant verity embedded in these words, and in this time of year, when life becomes obvious again. As the green takes back over the scene, we might ask ourselves, where does spring begin within?

Where is the verifiable and veracious place inside from which we renew ourselves?

From his last written book, To Have Or to Be? psychologist and philosopher, Erich Fromm described two primary modes in which people orient themselves to the world: the “having mode” and the “being mode”.

The “having mode” is based upon possessing and owning, whereas the “being mode” is more about “aliveness” and “authentic relatedness to the world”.

He writes that modern society has become overly materialistic, and prefers “having” to “being”.  He sees this leading to a loss of one’s inner self.  An out-of-touchness with one’s own inner activity.

Of the two modes he writes,

He asserts that in every mode of life, people should ponder more on the “being nature” and not towards the “having nature”.

“The mode of being has as its prerequisites, independence, freedom, and the presence of critical reason.  Its fundamental characteristic is that of being active, not in the sense of outward activity, of busyness, but of inner activity, the productive use of our human powers.”

Happiness, from the having mode lies in “superiority over others”. From the being mode, it lies in “loving, sharing, giving.” This is the very verdant peace and naturalness of green. The ease on our eyes and in our hearts. No games, just truth. Just aliveness, in relating to the aliveness in others and the world, and not in some deadened status-charade.

Is this why the Ram’s horns turn inwards?  Inwards to a place of verdant inner activity?  Towards a true and vernal orientation?  The place where “I” is a verb? Life is you, you are life?

Novelist Charlotte Perkin Gilman said “life is a verb not a noun.”

Some scientists now believe that life may have begun on Mars, symbolically the primordial verb.

A very verdant verb indeed.  Verifiable in the vernal internalness.

Venus will drift into Pisces on Thursday, February 25th, following her trek in Aquarius. Joining the Sun in the most elusive of Seasonal signs, she re-frames her ultimate questions to the key of the fish.

Pierre Teilhard de Chardin said “Fuller being is closer union.” He goes on to say,

“union increases only through an increase in consciousness, that is to say vision.  And that, doubtless, is why the history of the living world can be summarized as the elaboration of ever more perfect eyes within a cosmos in which there is always something more to be seen.”

Venus in Pisces radiates with the essence of something more to be seen. It is her original gift of je-ne-sais-quoi. As she opens her heart to a cosmological guarantee of always more she strengthens her own sense of allure, and her relationship with a true sense of wholeness.

Goethe’s Faust ends with the line: “the eternal feminine draws us upward.” Certainly a mysterious statement. It seems to elude to an energy worth contemplating on.

Chardin saw all energy to be psychic energy, falling into two distinct categories: tangential and radial.

Tangential energy is related to physical energy; the way fire burns wood, water erodes rock, etc. This is a force that always leads to entropy. The things lose their order.

Radial energy, on the other hand draws elements “towards ever greater complexity and centricity- in other words forwards.” He called this energy “the force of union, drawing elements onward and upward, and manifesting itself ultimately in love.” (my italics)

This is starting to sound a lot like the eternal feminine!

Radial energy operates from center to center. If we look again at the sign of Pisces, it is easy to see this as a possible hint of radial energy.

And perhaps the reason it isn’t two full circles is because that is the dynamic part: to relate to someone or something or a place, from your very center in hope of finding a sense of wholeness.

To relate to something from your center, is then, to anticipate a sense of wholeness, eternal mystery and all! Sounds like Venus has her happy work cut out for her. And you do too!

Venus will be in Pisces until March 21st, when she will burst forth in Aries.

Today we learn where the planets live inside of us.  The seven heavenly bodies as perceived by the ancients in the night sky (before the discovery of the outer planets i.e Uranus, Neptune and Pluto) correspond to seven centers in the human body commonly known as chakras.

Each of these planets corresponds to a specific metal in the practice of alchemy.  Notice that the above list is the exact reverse order of the planets as pictured in the body.

The first metal, lead (corresponding to Saturn) is the LEAST conductive of electricity.

relax Larry I’m getting to the point!

In fact the metals are in the exact order of how electrically conductive they are ending with silver (the Moon) which is the MOST conductive of them all.

It’s the same thing that the caduceus is talking about

And here is another fact to make us feel comfortable with the placement of the planets in the body:  common phrases we use every day.

In Casablanca when Bogart’s character says “I stick my neck out for nobody” he is referring to never letting himself be vulnerable (Venus) and not being willing to help anyone else (Venus), a character trait that goes a full 180 by the time we arrive at the dramatic end.  Venus’s energy center is in the neck, a very vulnerable part of the body.  It is where are voice is, which can do so much for others.

Opposite of this is Mars, which lives in our solar plexus.

we talk about “core strength”, something Bruce Lee believed in.  Mars is located in our solar plexus.

How about Jupiter, the planet of faith, located in our gut?

and often we do have to “go with our gut”

How about the Sun in the place of the heart?

does this image “warm your heart?”

How about Mercury, the trickster, in the space of the brain and the visual cortex? 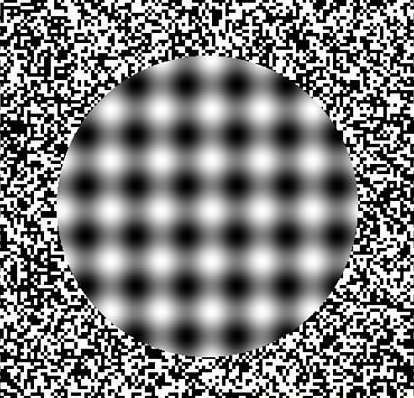 The Moon is at the top of the head corresponding to “mind”.  The latin word for mind is “mentis” hence our word “mental” but also the less often considered connection to “menses” which ties us straight to the Moon with her 28 day cycle.

that gives us something “to reflect on”…

And then we have Saturn, at our base.

In the next post we will get further into this by examining the value in uniting these centers from top to bottom, as well as discussing how the endocrine system is involved.

don’t need no credit card to ride this train!

Motive, motivate, motion, action, activate… what planet am I talking about?  The one and only Mars of course, the red planet, associated alchemically with the metal iron.

It is the iron in blood that makes it red.  Hemoglobin is an iron molecule that binds with oxygen when we inhale, making it turn red and fueling metabolism.

What I would like to talk about in this post is the importance of EXAMINING YOUR MOTIVATIONS.  Energy (Mars) is on it’s way the minute you become motivated to do something.  The problem is that so many motivations are unconscious, and the energy is still on it’s way, but it might not be so welcomed.

The point is, a motivation is like a pole being set up, seeking it’s appropriate energy.  The energy arrives because it was invited.

Legend has it that magnets were discovered around 600 BC by a Greek shepherd named Magnes who noticed that the nails and buckles on his sandals as well as the tip of his staff were attracted to the rock he was standing on.  He dug up the earth and discovered lodestones.

Compasses were invented in the 1100s when it was realized that a freely suspended lodestone always oriented itself in the same direction.

The word lodestone comes from the Middle English meaning of “leading stone” as the word lode meant “course, way or journey”.  Lodestone is a naturally magnetized form of magnetite, a type of iron ore.

By examining the history and mystery of iron we can better understand how Mars is working within us.  It has the ability to become magnetized (aka Venus-ized), like the lodestone, from then on always orienting to the same direction.  In this way our energy has the ability to become ATTRACTED (magnetized) to what it wants and from then on pointing us in that direction.

Once the course is set, or the lodestone is pointed, the ENERGY arrives to get us there.  This is displayed in the way iron (energy) eagerly arrives at the magnet (the lodestone, aka the course).

So check in with those motivations everyone!  Give your Mars a tune up to better enjoy the energy that is arriving to you.  The Rocky steps await.