The three commonly known states of common matter include solid, liquid and gas.  But did you know that there is a 4th state?  This state is Plasma, and it makes up 99.99999 % of matter in the visible universe.

On earth we can see it as lightning or the Northern Lights.  Not to mention our Sun and all the surrounding stars are giant balls of plasma.  Plasma also makes up much of the spaces between the stars in space.  It’s everywhere up there. 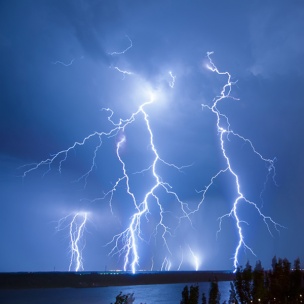 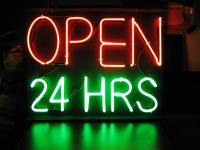 Man-made plasma as found in neon signs by energizing a gas until the electrons break free from, but still travel within the nucleus.  A spark in a gas will create a plasma.

Plasma was discovered in 1879 by Sir William Crookes.  He called this substance “Radiant Matter”.  It wasn’t until 1928 that it was renamed “plasma” by american chemist and physicist, Irving Langmuir.

Langmuir was one of the first scientists to work with this “radiant matter”.  He noticed that the way this electrified fluid (the “radiant matter”) carried electrons, ions and impurities reminded him of the way blood plasma carried red and white corpuscles as well as germs.

So even though our current mainstream scientific thought maintains that there is no connection between the plasma in space and the plasma in our blood, there is room to wonder.  After all, the scientist who himself named it saw a direct observational connection.

Plasma as a substance is also described in a more ancient way as Aether, or Ether the fifth element.

The greeks also saw Aether as a god who is the personification of the “upper air”.  That is, the air that god breathes as opposed to the air bellow breathed by mortals.

One very brilliant scientist who is most famous for studying this mysterious Aether is Nikola Tesla.  In fact, Sir William Crookes was Tesla’s mentor!

In a previous post entitled “Venus and the Virtues of Negativity” we explored how lightning emits negative ions, which are calming and restorative to the human body.   Think about how calm the air is after a thunderstorm.  There is a certain stillness.

The above shape of the energy field is that of a TORUS.  A torus is a self-regulating system with a vortex on either end (head and feet in this case) and a VERTEX in the middle.

A vertex is a spot where ALL of the lines of the energy system meet but it is ZERO DIMENSIONAL.  That is, perfect stillness.

In 1928 a farmer named Will Keller actually experienced being inside a tornado and lived to tell about it.  He described it as “still as death” and he could see all the way up to the top which he estimated was about a half mile away.  The visibility was because of the constant flashes of lighting all inside the walls.

If Tesla was able to harness this aether by using Venus (the copper wire) are we able to better connect with OUR own aether by centering ourselves in stillness?

I am not much of a meditator myself but I’m thinking about trying it out now, even if it is only for 10 seconds a day.

In the meantime, let’s all glow with the plasmic flow!