Today we are looking at a comparison between the chart of Carl Jung and that of Sigmund Freud.  I felt compelled to look further into their similarities and differences when I noticed that they both had 7th house Suns.  The 7th house stands for “the other”, and it often gets it’s reputation on the “marriage house”.  But “the other” is also so entirely bound up in our projections, which both of these men spent much of their lives studying.  Does having a seventh house Sun put you in an easier position to accept this concept of projection because you are less bound up in your own identity (1st house)?  Perhaps there is more wiggle room in the seventh, and you can see through the facade of your own illusions when it comes to how you perceive another person.

Jung’s Leo Sun is exactly conjunct the descendant. It may look like it’s in the 6th but it is in the 7th, and how.

Freud’s Taurus Sun is in the 7th, also conjunct the descendant (heightening the 7th house themes)

It stands to reason that such a comfortability in this could bring about much curiosity.  Curiosity would be no stranger to Freud’s Gemini Moon, and again no stranger to Jung’s third house Moon (the house naturally associated with Gemini).  These men have questions that seek answers.

Freud was very focused on sex, seeing it as the ultimate reason why anybody does anything.  He has Scorpio rising (the sign most associated with sex) and an eight house Moon (the house most associated with sex, and death, and psychotherapy!).  His Moon is in Gemini, so he seeks a lot of stimulus, and wants facts.  His Taurus energy will stand behind these facts like a Sumo wrestler.  Just look at the expression on his face!

Every picture I came across of Freud had a similar expression to this one. His words (Gemini) are firm (Taurus).

Jung saw the libido as not just a means for sexual gratification (as Freud saw it) but rather as a well of psychic energy that could be used in a variety of ways, including the creative drive.  Jung’s Mercury (mind) is in inward Cancer and conjunct Venus (creativity).  This is a quieter mind, a mind that is naturally more in touch with the feminine (Venus) and therefore more attuned to mystery and things hidden (feminine).  His Leo energy vitalizes this standpoint, blazing a well lit path into the unknown.  This mission seems to fill him with visible delight.  His ultimate emotional drive is a sense of solid ground (Taurus) in matters of the mind (third house). 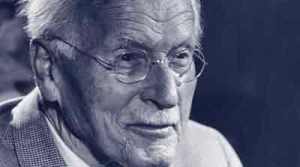 Nearly every picture of Jung features this held back grin. His work infusing his Leo spirit to bask in his own radiance. 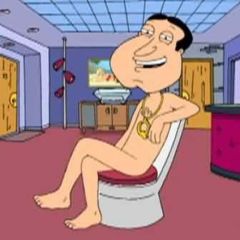 Jung has his Mars in far reaching ever-philosophizing Sagittarius.  It is naturally associated with his Jupiter which is in Libra (balance and beauty-seeking) and in the 8th house (in places hidden, the occult).  Sagittarius is a mutable sign, and it will seek to change and reinvent itself again and again.  Jung famously studied alchemy, and astrology to a lesser extent, incorporating the metaphors of these occult practices into his therapeutic work.   He also commonly had patients make their own personal mandalas, a practice used by many ancient cultures including Buddhism, Hinduism and Native American, to better understand their emotional disorders and put them on a path towards inner wholeness. 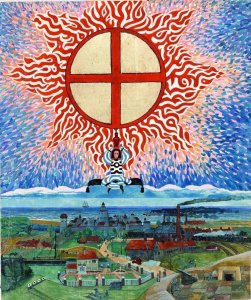 A mandala painting by Jung. He saw mandalas as a means to meditate back to your natural center, where the Self can be found. The Self is our true nature, beyond what is conscious in our egos.

Freud’s libido is another story.  It is in the sign of balance-seeking Libra, which is associated with the planet Venus.  Here is where it gets interesting.  Freud has QUITE a lot of Venusian themes in his chart.  He has all that Taurus (ruled by Venus) in the 7th house (also associated with Venus) and now we see that he has a Libra Mars.  Taurus is related to Venus in a visceral, carnal way, as in “this cake tastes good” or “nice legs!”.  Libra is related to Venus in a more social and graceful way, as in “shall we have some cake?” or “thank you for that compliment”.   Ok, so what we want to know now is WHO is Freud’s Venus???

Freud is famous for introducing the Oedipus complex, where a patient has sexual desire for the parent of the opposite sex.  His Venus is conjunct the North Node and in the service-oriented 6th house.  The North Node is connected to our dharma, the things that we do in life that feel like we are traveling on our rightful higher path.  However, the Nodes are ALSO highly connected to the concept of MOTHER.  Freud’s Venus (projections of women) is naturally bound up in the concept of mother!  The Oedipus complex likely has an exceptional resonance with this man.  His Venus is in Aries, which ties it right back to his libido (Mars)!

Jung has Aquarius rising, which is associated with strong intellect as well as breaking rules.  His dabbling with esoteric teachings made him somewhat of an outcast (Aquarius) amongst his peers.  He has Saturn (the planet of inner authority) in the first house (identity) in Aquarius.  His intellectual inner authority is blown up with empowerment as it is squared with Pluto.  It is also very connected to the 12th house (because Capricorn is on it’s cusp), which is the house of mystical realms.  The collective unconscious, a concept introduced by Jung, represents a vast well of psychic material that connects us to all of humanity.  The 12th house is that very deep oceanic territory of the collective unconscious.

The deeper we get the less we know. That is the feeling of the 12th house. It is a place of surrendering to the ever enduring mysteries of life.

Hope this was a fun little jaunt into the behind the scenes of some very mysterious men!  ‘Til next time!