When you think of Lauren Bacall what is the first thing that comes to mind?  You might say Bogart, sure.  You might say extraordinary beauty of course.  But MIGHTN’T you say THAT VOICE?

Impossibly low and sultry, smooth as ice cream, when she says that famous line “You know how to whistle right?”, we KNOW it is sending Bogie’s stomach into knots because it is doing the exact same thing to ours.  And it’s all in that voice.

Bacall has her Virgo Sun (energy oriented towards exactness, humility and perfection) in the third house (the house of communication).  Not only that, but she also has her natal Mercury (communication needs/style) in Virgo as well and also in the third, further highlighting this anchoring in her voice.

They say that something around 90% of communication in nonverbal.  Putting that powerful voice aside for a moment let’s take a look at her one of her infamous mannerisms: her chin held down when she spoke.  Such a gesture truly embodies humility, letting her essence shine through (Virgo Sun).  The best part is- this mannerism was born because she had such a crush on Bogart that early on (while filming “To Have and Have Not”) when they shared dialogue her head would shake.  The director finally coached her to hold her head down. 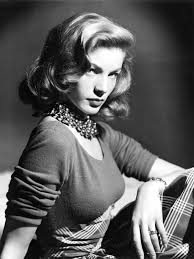 Bacall’s signature look with her head tilted down

But don’t be fooled, Bacall is not all humility.  This energy serves a 10th house Aries Moon.  Her emotional needs (Moon) are to be the best (Aries) in this big world of ours (10th house).  She embodies a much needed at the time new female archetype.  One that asserts, and is brave, and ready to jump into the danger (all Aries traits).

She was raised by a single mother to whom she credits a lot of this determination to (the mother is reflected in our Moon’s sign and placement).  “I grew up believing that women had the upper hand, got things done, and were listened to” she is quoted.  “It’s women I admire more for character, honesty, daring, courage.”  Aries Moon in the tenth.

It was hard to say goodbye to this humble ball of fire this year.  We were lucky to have her. 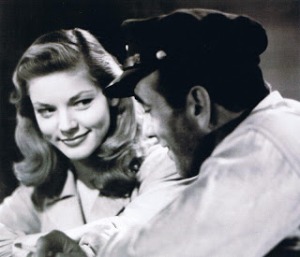 Below are a few more examples of third house Suns and their powerful voices.

Brilliant astrologer, Noel Tyl has rectified Cleopatra’s chart putting her Cancer Sun in the third. She is rumored to have the most seductive voice in history.